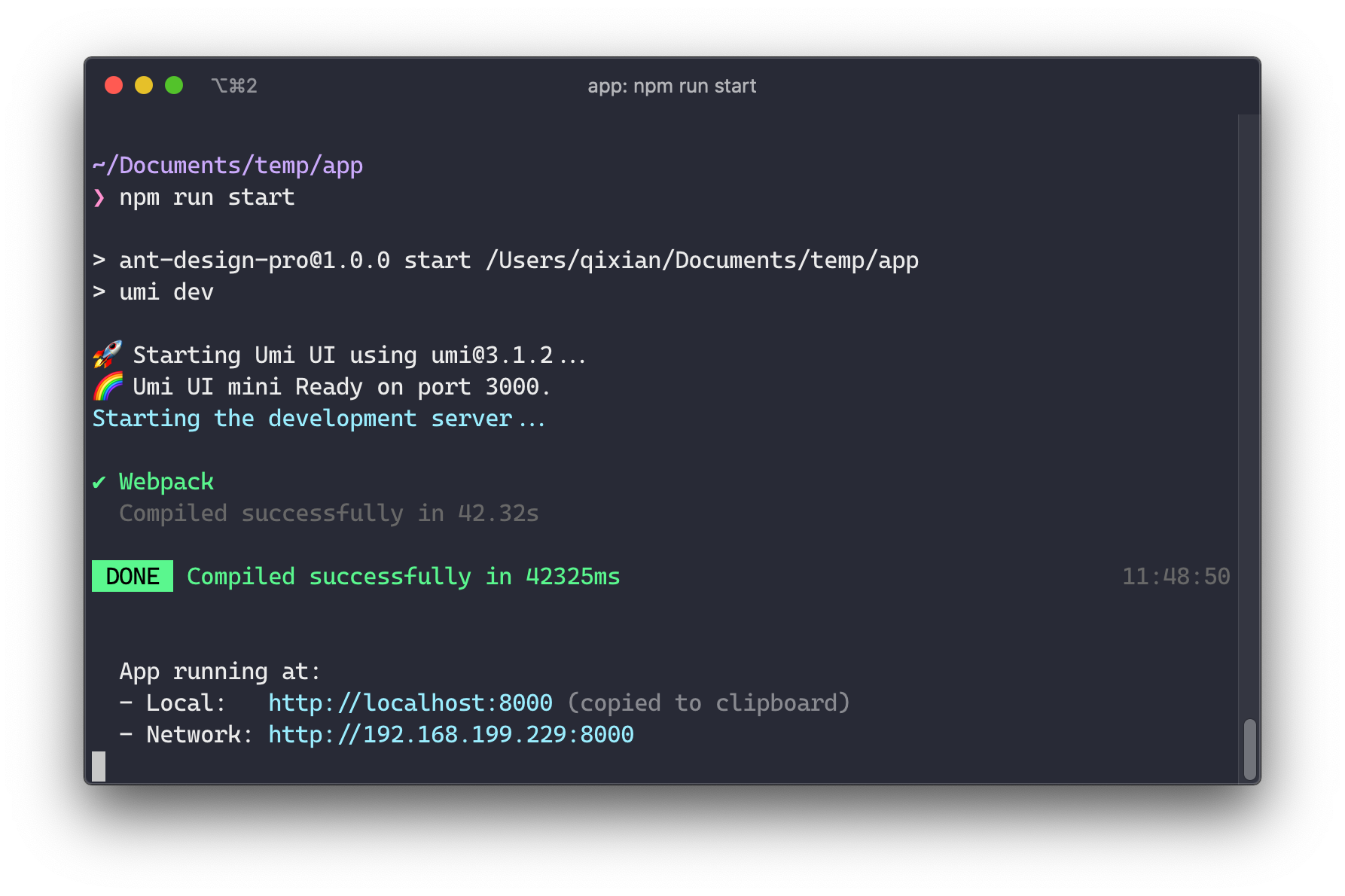 Visit the following interface at http://localhost:8000/. 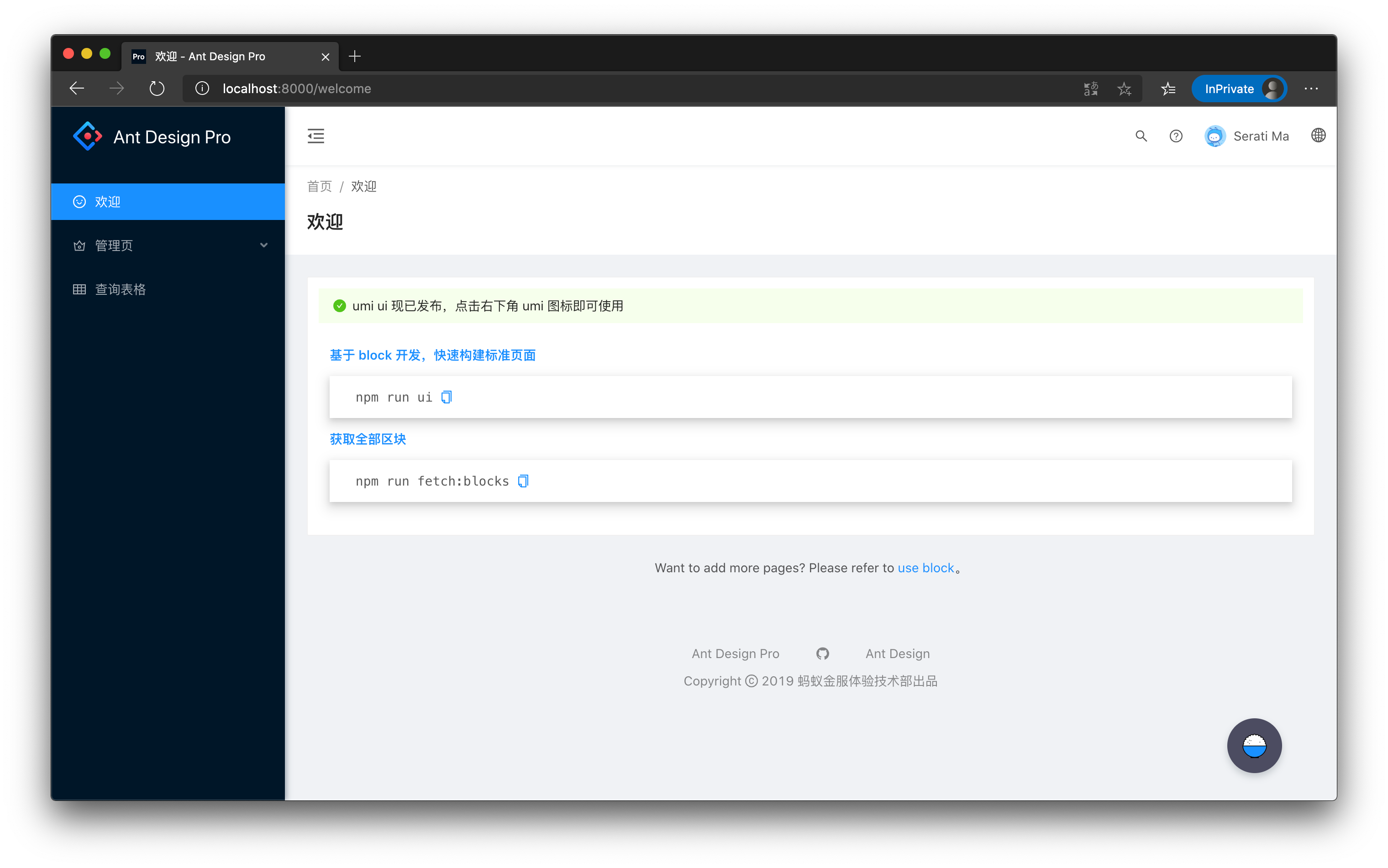 Because user permissions are used by default, you can use admin to sign in to see all pages.

For many projects, a variable that differentiates the environment is required, but it also provides a quick way to start and the corresponding ui presentation. Pro has three environments built in dev, test, pre. You can start separately by running commands such as npm run start:test. It also injects a 'REACTAPPENV' variable into each page to distinguish.

dev, test, pre environments all turn off the mock by default. REACT_APP_ENV is not mounted in windows and cannot pass windows.REACT_APP_ENV to get.

In many cases, the front end is really developed before it's completed, and we need to use mock data. Two ways of defining mocks are agreed in Pro.

A standard mock consists of three parts, for example, a List configuration.

The first part is the Method configuration of the network request, the full list can be seen here. Generally we use GET and POST.

The second part is the URL, which is the address where we initiate the network request. Generally we will use a uniform prefix to facilitate the use of agents.

The third part is data processing, we can configure a JSON, JSON data will be returned directly. Or configure a function with three parameters req, res,url. Use it in the same way as express. The data must be returned by res.send.